How the Criminal Punishment System Harms the LGBTQIA+ Community 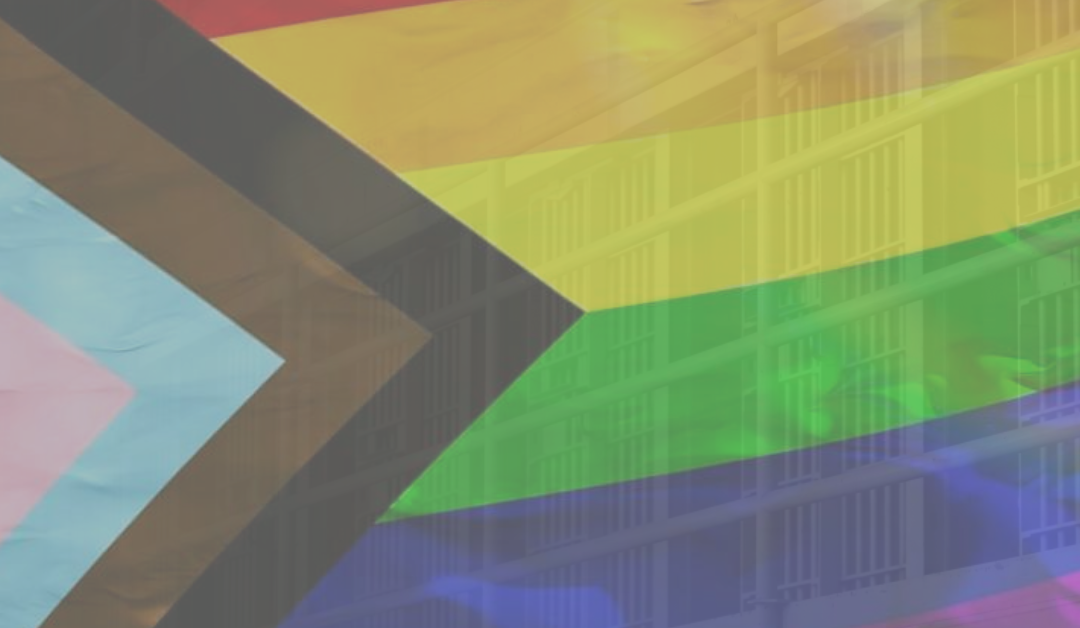 During Pride Month, we’re reflecting on how our efforts to change the criminal punishment system impact our LGBTQIA+ neighbors and loved ones. Here are some of our biggest takeaways.

There’s a long history (still active today) of police harrassing queer people, such as during the Stonewall riots of 1969. Many credit the riots with sparking the LGBTQIA+ rights movement in the US.

In the late ‘60s, New York had the largest gay population in the country, but it was illegal to be openly gay in public. Police targeted businesses that catered to gay men, often raiding them and shutting them down. On June 28, 1969, queer customers at popular NYC gay bar the Stonewall Inn began pushing back against police harassment. When a riot broke out, about 150 patrons fled but returned to storm the bar and trap the police inside. Protestors threw garbage, bottles, and bricks, and tried to set the Inn on fire.

Police reinforcements subdued the crowd, but the following night even more protestors returned to the bar and the rioting continued. In the end, the riots lasted for six nights.

The Stonewall riots supercharged the fight for queer liberation in the US. On the first anniversary of Stonewall, the country’s first gay pride parades were held in Chicago, San Francisco, Los Angeles, and near the Stonewall Inn itself in New York City. Within two years of the riots, gay rights groups had been founded in almost every major US city.

Today, we commemorate Stonewall by celebrating Pride Month every June.

Part of the reason Pride is so big today (over 50 years after Stonewall) is to push back against hate the queer community continues to face, much of the time from cops.

In recent years, LGBTQIA+ people’s resistance to police tactics has manifested in the banning of cops from Pride events in cities like New York and Denver, as well as Seattle. (You might be familiar with the “no cops at Pride” rallying cry that’s also a meme promoting more palatable alternatives.)

Though there are police forces with LGBTQIA+ officers among them, cops have a systemic history of harming queer folks. Queer cops who want to attend Pride can do so out of uniform, but having a marginalized identity doesn’t shield someone from causing harm or contributing to our country’s hateful systems, most of which are generations old.

Queer people make up a significant part of incarcerated populations.

According to a 2022 report from The Sentencing Project, LGBTQIA+ adults are incarcerated at three times the rate of the total adult population. The majority of LGBTQIA+ people in prisons, jails, and youth facilities are women, girls, and people of color. Gay, lesbian, and bisexual people are also more likely than straight people to have longer sentences.

Researchers have suggested that women labeled as masculine, aggressive, or threatening (i.e., having a gender presentation or acting in ways considered outside the bounds of societal femininity) may be treated differently in the criminal punishment system.

LGBTQIA+ youth are incarcerated in large numbers, as well. The 7,300 LGBTQIA+ youth within the incarcerated population represent double their share of the general population. This discrepancy is likely caused by the harsh realities many LGBTQIA+ youth face. Young people fleeing rejection or abusive home situations due to their sexual orientation or gender identity may turn to criminalized activities to survive. Drug sales, theft, and survival sex increase one’s risk of being arrested and confined.

LGBTQIA+ people aren’t just overrepresented in prisons and jails, but throughout the entire criminal punishment system.

This contrast exists in earlier stages of the criminal punishment system, as well. California’s Racial and Identity Profiling Advisory Board (RIPA) found in its 2022 annual report that people perceived by officers to be transgender women were 2.5 times more likely to be searched, detained, and/or handcuffed than cisgender women. And if someone perceived to be LGBTQIA+ is stopped by police, that stop is more often justified by cops as “reasonable suspicion” than the stops of people perceived as straight.

Quick Queer Q&A: What’s the difference between transgender and cisgender?

Generally when a baby is born, the medical staff or family announce, “It’s a boy!” or “It’s a girl!” (If you’ve heard the terms “assigned male at birth” and “assigned female at birth,” this is the custom being referenced.) A transgender person is someone who’s realized that their gender doesn’t match their birth sex. But for a cisgender person, their birth sex does match their gender. So either they were assigned male at birth and identify as a boy or a man, or they were assigned female at birth and identify as a girl or a woman.

Why are LGBTQIA+ folks so overrepresented in the criminal punishment system? The Sentencing Project’s report argues it’s because the community experiences “high rates of homelessness, poverty, unemployment, discrimination, and violence.”

LGBTQIA+ individuals are at an increased risk of sexual victimization, discrimination, and inadequate medical care during incarceration.

Additionally, sexual minorities are more likely to experience solitary confinement during incarceration and report psychological distress. Often, queer people are placed in solitary confinement as a means of protection from harassment, but this essentially punishes them for being victims (even potential ones).

For incarcerated transgender people, the danger is even more severe. According to one statewide California study, transgender women automatically housed with men were 13 times more likely to be sexually assaulted than male prisoners in the same facilities. And Black, Native American, and multiracial transgender survey respondents with incarceration in their history reported higher rates of harassment from their fellow incarcerated people than did white survey respondents.

Prisons and jails are notoriously ill-equipped to treat people suffering from gender dysphoria, and in some cases, medical staff have no experience treating transgender patients. This is despite courts repeatedly acknowledging the seriousness of gender dysphoria, and requiring prisons to provide incarcerated people diagnosed with gender dysphoria with the medical treatment they need. In fact, the U.S. Justice Department declared in April 2021 that failing to protect incarcerated trans people from sexual assault and depriving them of adequate medical care, including transition-related care, constituted cruel and unusual punishment.

Fortunately, there are ways you can help incarcerated LGBTQIA+ people this Pride Month.

Pride is a celebration of the LGBTQIA+ community’s rainbow of diverse identities, relationships, and life paths, while also serving as an opportunity to confront the obstacles they continue to face. Here are a couple ways for queer people and allies to enact change:

Want to keep going with queer history? There’s more to learn about Stonewall at CivilRights.org and Out.com.