The Importance of Paying Bail 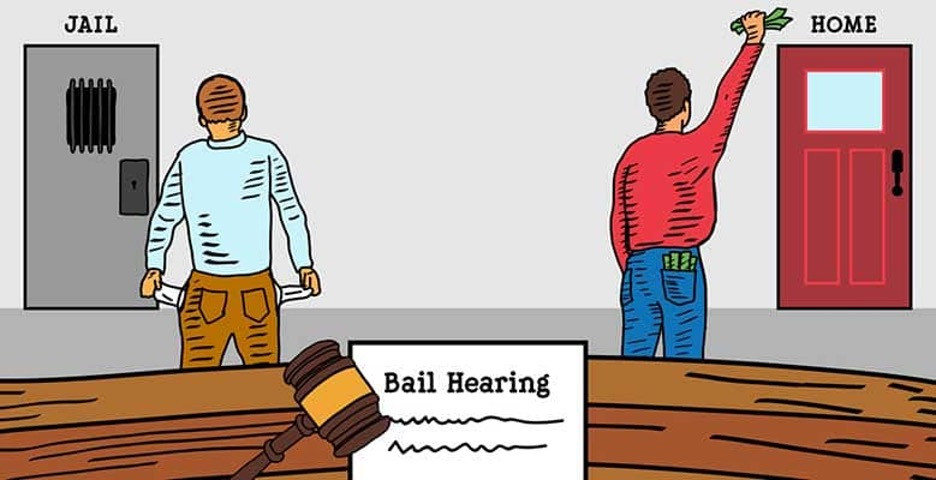 Getting arrested is an incredibly destabilizing and disruptive event with far reaching and long-term consequences. There is no dispute that pretrial incarceration disrupts one’s job, family life, places housing at risk, and results in trauma for the entire family, including children.

Often, those arrested haven’t had a trial yet, and are simply incarcerated because they can’t afford to post bail. Per a report by the pretrial reform task force, up to 77% of the people in Washington’s jails are being held pretrial, meaning they have not been convicted of a crime. Nationwide, that number is 65.1 percent. In a system that is based on the premise of innocent until proven guilty, these numbers are jarring.

When seeing such abstract numbers, it’s easy to get lost in the big picture, look for patterns in the data. And while this is undeniably important, so is remembering that each of these numbers is made up of thousands of people and families being affected so deeply.

Incarceration in the US

The U.S. has by far the highest rate of incarceration among any high-income nation, with over 2.2 million – a little over the entire population of Slovenia – people currently incarcerated nationwide. This problem disproportionately affects our most economically disadvantaged and socially marginalized communities.

Taken together, all levels of government in the U.S. spend well over $200 billion per year on the criminal legal system (including police, courts, and corrections). Yet we have made little long-term progress on these problems. The homicide rate in America today is about the same as it was in 1950, or even 1900. Behavioral scientists are studying this problem to help improve overall criminal legal system outcomes.

For those who are caught up in it, the criminal legal system is incredibly difficult to navigate (figure 1). There are a multitude of reasons why an individual may miss a court appearance – they may simply not understand the logistics well enough to realize that they have a court appearance. This could happen due to lack of internet access, no permanent address to receive notifications, lack of transportation or risk of losing their livelihood if they were to take time off work. In most jurisdictions, failure to appear in court automatically results in the issuance of an arrest warrant. And in many cases, some people may not even realize there is an outstanding warrant on their record. Studies have shown that people who do not have the economic resources to post bail and remain incarcerated pretrial experience far worse consequences in the system compared to others (in similar situations) who can afford bail and are released.

According to a report on Investigating the Impact of Pretrial Detention on Sentencing Outcomes published by the National Institute of Corrections, people who are detained for the entire pretrial period are 3.76 times more likely to be sentenced to prison when compared to people who are released. The effect of pretrial detention on prison sentence length was also most significant for people detained pretrial. For those who were detained for the entire pretrial period, prison sentences were 2 to 2.84 times longer.

This means regardless of the perceived ‘risk’ you pose of recidivating or returning to previous behaviors, being incarcerated for your entire pretrial period means you are significantly more likely to end up with a longer sentence.

As further evidence, according to a report outlining the Downstream Consequences of Misdemeanor Pretrial Detention by the Stanford Law Review, detention reduces defendants’ criminal activity in the short term through incapacitation. However, by eighteen months post-hearing, detention is associated with a 30% increase in criminal activity. Felonies increase by 30%, misdemeanors by 20%. This is in line with other research suggesting that even short-term detention may lead to future behavior deemed as criminal

So then, time served in jail and prison shows a correlation with new charges later for the same person. This begs the question: is this system working as intended?

The Impact of Detention

Most obviously, detention acts to make you more desperate and increases the pressure of getting out of jail as quickly as possible. If you are detained, your job, access to shelter, and other important things get disrupted.

Additionally, detention may limit the ability of the accused to develop a defense by working with their attorney or collecting relevant evidence. Detention might limit the financial resources a person has to dedicate to their defense due to loss of wages.

Also, detention prevents an accused person from engaging in behavior that might mitigate their sentence or increase the likelihood of acquittal, dismissal, or diversion. Such behavior includes paying restitution, seeking drug or mental health treatment, and demonstrating commitment to educational or professional advancement.

So, a person in pre-trial might prematurely accept a plea deal just to have a shorter prison sentence. Plea deals are often forced on people from the prosecution before they can present their case in court. Therefore, plea deals are not always the same as the sentence if the person does have the chance to defend themselves. Sometimes, charges are even dropped altogether if the person can go to court.

The main difference between someone held pretrial indefinitely and someone who resumes normal life while awaiting trial is the ability to post bail. For a history of how bail was first started, refer to article Bail 101 on our blog.

For those who cannot pay the full bail amount up front, bail bonds are often a solution. This multi-billion-dollar industry, which operates at a tiny 2% loss rate, profits off the regressive practices of the criminal legal system. And with an added fee of 10% over the bail amount, it’s a highly lucrative business, at the expense of those detained. Unfortunately, it is sometimes the only option people can turn to and is the only thing that makes a difference between someone being held pretrial indefinitely and someone who resumes normal life.

Northwest Community Bail Fund provides bail relief assistance in instances when someone cannot afford the court-imposed bail with their available resources. Bail is set by courts and is a feature of the pretrial system, when a person is legally innocent, having not been proven guilty by the court or a jury. Posting bail allows them to return to work so they can continue to earn an income and pay their bills, care for their children or other family members who rely on them, prevent them from losing their housing, and ensures their legal right to defend themselves from a position of freedom.