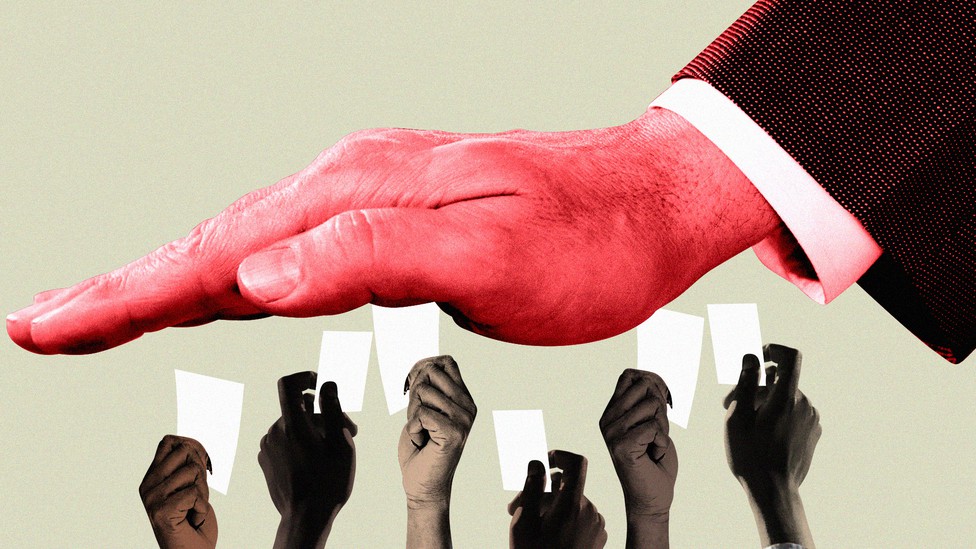 In last week’s blog post, we provided an overview of Juneteenth and featured a timeline showing major historical events from the Civil War to the present. While progress has been made since the original Juneteenth in 1865, the United States continues to witness structural racism and the suppression of political participation by Black and brown communities. Today’s post focuses on two interrelated systems that propagate racism: voter suppression and mass incarceration.

The present-day assault on voting rights is reminiscent of the anti-voting legislation passed during the Jim Crow era. Politicians today who endorse the new anti-voting laws in Georgia and Florida, as well as more than 360 anti-voting bills across 47 states, often claim that stricter voter identification requirements would protect the “integrity” of the vote; however, these laws are a form of structural racism that — in practice — disproportionately reduce political participation by Black, brown, and rural communities.

Stricter voter identification requirements can disadvantage minority and rural communities. For example, while proofs of identification in states such as Georgia are “free,” there are many hidden costs, as highlighted by Stacey Abrams: “You may not have to pay a fee, [but] you’ve got to pay for the birth certificate, you’ve got to pay for all the documentation that leads up to being able to get that ID. And there is a cost, especially to rural communities, that often do not have transportation or access to the DMVs, which are not on every street corner. So there’s a very real cost to voters to secure this ID.”

Other structures, such as mass incarceration, evolved out of a similar history of racial oppression. A growing body of research posits that “incarceration is part of a lineage of punitive institutions used to enforce the racial hierarchy in the United States.” At the beginning, slavery was the primary mode of enforcement. However, after slavery was abolished, Jim Crow laws were used to preserve racist structures in society. When Jim Crow was outlawed, mass incarceration was implemented as a seemingly “color-blind” approach to maintain the racial hierarchy. A study at the University of Chicago by Gottlieb and Flynn (2021) supports this theory: Researchers found that “a criminal charge in a county with high levels of slavery in 1860 increases the likelihood of pretrial detention, the probability of a sentence of incarceration, and the length of incarceration sentences.”

Additionally, mass incarceration is closely linked to voter disenfranchisement. In 48 states, people who have been incarcerated for felony convictions are barred from voting, either temporarily or permanently. This means that an inordinate number of Black citizens are excluded from the democratic process. The use of mass incarceration as a tool of racist oppression has deep roots in America’s history:

…so what can you do?

Ending institutions of oppression — such as mass incarceration and the cash bail system — will help advance the fight for racial equity. To drive structural reform, we need to be active participants in the democratic political process and preserve the right to vote for all people.

Off-year elections, such as this year’s, can play a key role in shaping the criminal punishment system. The election of key positions that drive law enforcement policy, such as prosecutors and sheriffs, are often determined during off-years. In many cases, these roles are overlooked and uncontested.

In honor of Juneteenth and the people that have fought for equal freedom, rights, and enfranchisement, we encourage you to exercise your right to vote during the 2021 elections. Over the next several weeks, we will be sharing additional information and resources on voting in Washington state’s upcoming election. In the meantime, these are the key election dates to keep in mind: