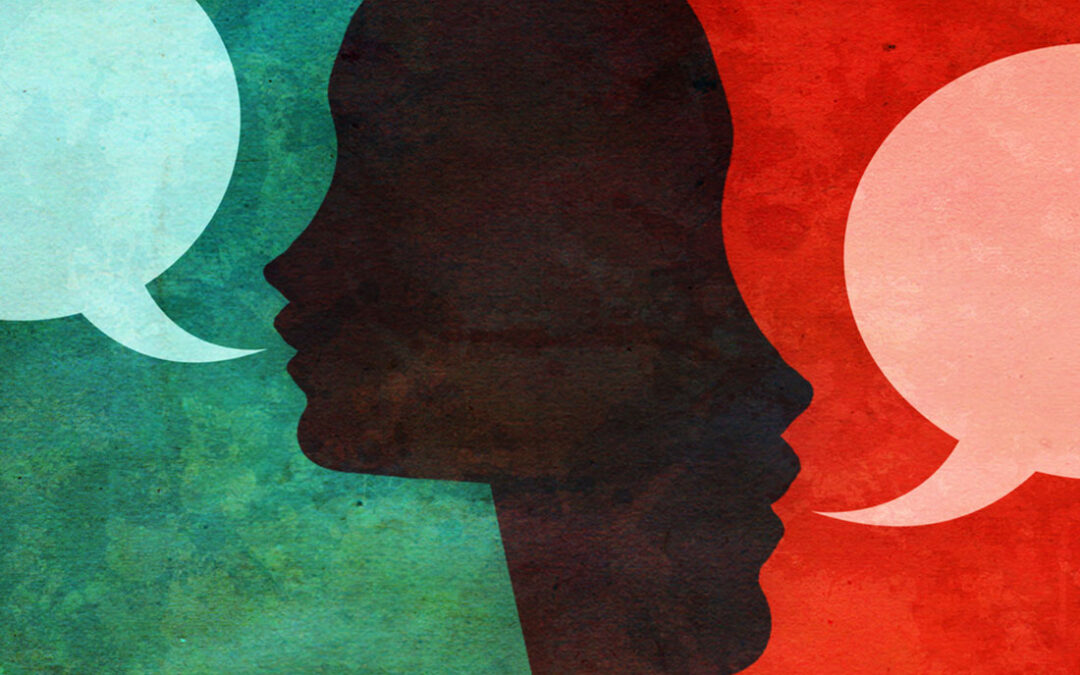 Why does word choice matter when we talk about the criminal legal system?

You can use different words to describe the same thing. For example, someone who mops the school hallways and takes out the trash might be called a “janitor” or a “custodial technician.” The difference in word choice could affect how someone feels about the job, whether they’re performing it themselves or referring to someone else who does. Common terms can also reflect cultural norms and change over time. Sticking with another job title example, flight crews were once made up of all-female staff called “stewardesses,” but now it’s more common to say “flight attendants” to be inclusive of different genders.

The words we use reflect our biases and beliefs—and sometimes we’re unaware that it happens. Words make our arguments more or less persuasive. The criminal legal system is a sensitive topic, so it’s important that we pay attention to how we talk about it. The system is currently set up to devalue the people in it by turning them into statistics and ignoring their humanity. At NCBF, we oppose this approach. We want to respect and advocate for all people within the system.

How should we talk about people within the system?

Our work at NCBF involves reducing harm without propping up the system. One way we try to do this is by using “people-first” language. When we describe someone, person-first language focuses on the whole person instead of only their diagnosis, their background, or their current circumstances. Here are some examples:

Instead of Criminal Use Person with criminal record

Instead of Schizophrenic Use Person with schizophrenia

Instead of Inmate/Prisoner Use Incarcerated Person

Instead of Illegal Immigrant Use Undocumented Immigrant/Immigrant with temporary status

The terms we use take longer to say or write, but they remind us that those in prison or jail are people, not a separate class of human beings or defined by their circumstances.

Language is always changing, and the right-column words might be replaced someday. Words are also specific to the person you’re talking about. Some people prefer to call themselves inmates, prisoners, or other terms that haven’t been listed here. As long as we respect what people wish to be called and try to be flexible to meet changing norms, that’s a good start.

How can we be intentional in our word choice and examine our language?

What consequences does our word choice have in terms of maintaining the system?

There are certain words that categorize people and charges. These words, like major, minor, violent, non-violent, low-level, serious, and dangerous, work to uphold the current criminal legal system. When such terms are emphasized in court cases, news stories, and police reports, there’s an unspoken conclusion drawn about who is deserving (or not deserving) of freedom. These words also put the focus all on the individual without questioning what kind of system-wide injustices are at play.

Another subconscious effect of using these terms is the divide separating “us” (people outside the system) and “them” (everyone within it). A lot of factors contribute to someone’s choices, including their circumstances, personal history, and behavior. It’s impossible to summarize everything in a single label, but that’s what the system tries to do.

The system also uses these labels to simplify what is often a complicated situation that led to someone’s arrest. For instance, violent vs. non-violent can be used to simplify charges. A “violent” crime can be anything from a punch thrown in a bar to murder, but encountering that label can trigger someone’s biases. Similarly, where is the line between a major and a minor crime? Defining the legal system with these black-and-white terms makes it harder to allow for situations that fall in the gray area.

If we rely on words like the ones listed above, we ignore the system’s problems. That’s what the system is counting on. That’s how it thrives. If we continue using words that uphold it, we (and whoever we talk to) will have no reason to question how it operates.

How can our word choice help our advocacy?

If language can uphold the system, it can also lead to positive change. That’s why word choice matters: it can have a serious effect, even if it’s a small one.

Many people don’t question the system because it hasn’t directly affected them. If they rely on the messages they get from news reports and political speeches, they likely believe that the police, the prosecutors, the prison and jail staff, and so on have a primary goal of protecting communities from “dangerous criminals.”

Since words can be persuasive, the way we talk about the criminal legal system can affect others’ understanding of its day-to-day operations and flaws. If we ask others to consider what happens when someone who can’t pay bail loses their job, their housing, or the custody of their children, they can start to see how the system harms people, especially people of color and those living in poverty.

Our mission of fighting for equity and a fairer criminal justice system for all people should be reflected in how we talk about them. The work begins with our words.