Pandemic Exposes the Flaws of the Criminal Legal System 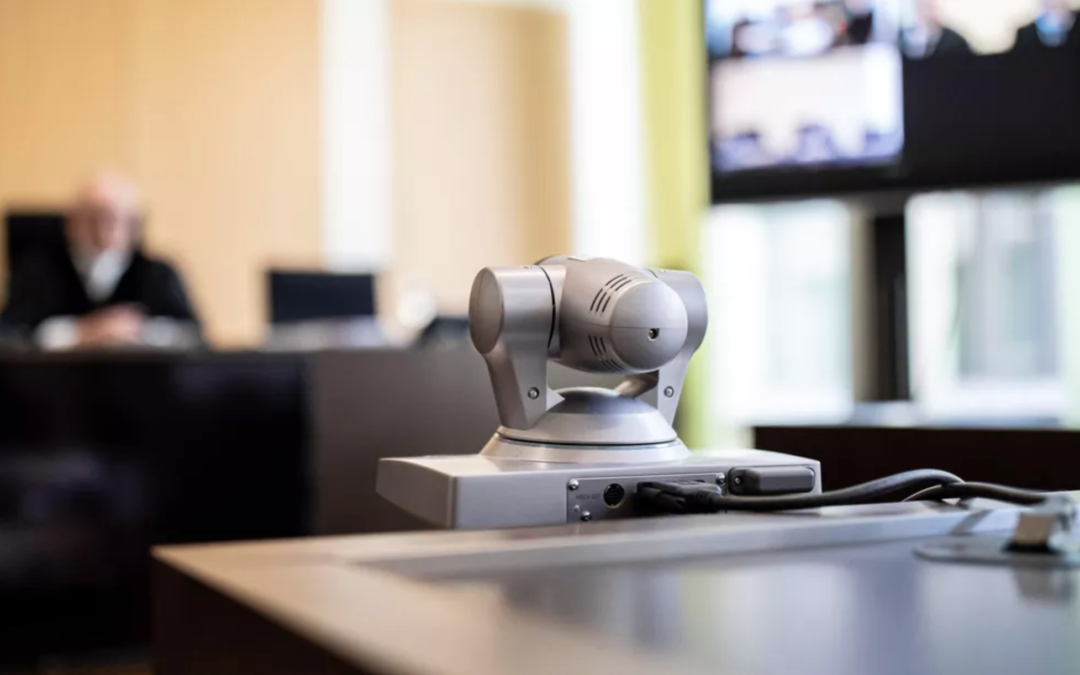 According to the National Center for State Courts, the five most common ways courts are responding to COVID-19 are:

These changes to the court process have both positive and negative impacts for people undergoing a court procedure during the pandemic. While reducing the in-person elements of courthouses is beneficial in limiting the spread of COVID-19, this also limits the capacity for cases that a courthouse can manage. The delay in court appearances and trials caused by the pandemic has left many people waiting to even be scheduled for a court date. For those who can’t pay bail, that means being incarcerated before having ever been convicted of a crime. Rising frustration from people awaiting court dates has led to uprisings in jails across the country. Robert Patrick of the St. Louis Post-Dispatch reported on uprisings within the St. Louis jail, during which incarcerated people shouted, “We want court dates.”

The pandemic has also led to greater reliance on technology for courthouses. Holding court procedures as a teleconference or videoconference can alleviate issues around securing transportation to and from court, and again reduces the potential for spread of COVID-19. However, technology-based alternatives to previously in-person court proceedings have drawbacks, as well. In an article from the Brookings Institute, Jason Tashea points to two different studies from 2010 and 2014 concluding that remote courts can create barriers to counsel and can even lead to higher bail amounts being set. Attorneys were not allowed to speak to their clients, and bail was shown to be set as 51 percent higher for people appearing virtually compared to those with in-person hearings. Non-verbal cues do not come across as clearly over video, and technology made for conferencing can, “filter out voice frequencies associated with human emotion,” causing in-person testimony to be considered more believable. Tashea goes on to detail how, “households making less than $30,000 a year, the very population that would need a public defender, have less access to the technology and high-speed internet required to attend a virtual courtroom.”

Mike Carter and Sara Jean Green reported similar findings in their article for The Seattle Times quoting Anita Khandelwal, the director of the King County Department of Public Defense. “[Khandelwal] worries about the court pushing a system that prioritizes efficiency and expediency over the rights of people accused of committing crimes. She said she attended a recent video hearing and about a third of the time, the judge was inaudible.”

Extensions for paying court-related fees and fines can be helpful during this period of uncertainty and mass unemployment, although they have only been granted in some cities and states and it can be unclear how long these extensions will last. Seattle’s Municipal Court made the Fees and Fines Justice Center’s Hall of Fame by taking steps to, “eliminate all discretionary fines and fees imposed in criminal cases including the probation supervision fee, records check fee, work crew fee, and community service setup fee. These changes are expected to benefit over 1,000 individuals per year.” The Seattle Municipal Court has also done away with the $3.60 transaction fee for online and telephone payments for ticket fines and fees, suspended the default penalty for tickets that are not responded to within 15 days, and paused the referral of any outstanding tickets/fines to collections. These steps should be taken statewide to benefit all Washingtonians – even after COVID-related regulations are lifted.

While Washington is taking necessary steps with the introduction of virtual courtrooms and the elimination of fees and fines, the backlog of court cases and the widening inequalities as a result cannot be ignored.  As the system expands and adjusts to navigate these times, it is more crucial than ever to embrace beneficial changes and scrutinize harmful practices.

The pandemic has exposed the flaws and inequalities in many of America’s systems, and the criminal-legal system is no exception. Small changes may lessen the harm to defendants in the short term. However, looking forward, we must continue to advocate for changes that ease the burden on individuals, and fight against those that cause harm, as we ultimately work toward a reimagined society where pre-trial detention and mass incarceration do not exist.