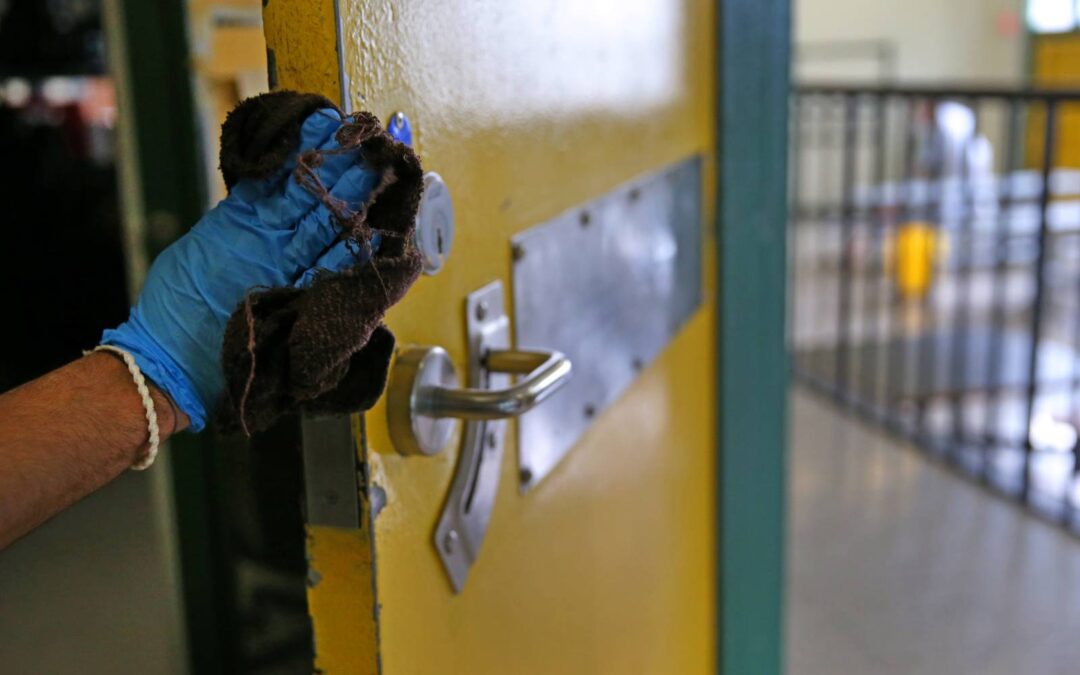 Every state has struggled to curb community spread of the coronavirus over the course of the past year. Across the United States, prisons and jails have been hit particularly hard by the largest outbreaks of the virus due to their dense populations. These spaces were never intended for social distancing, let alone other effective implementation of healthy practices known to curb spread such as washing/sanitizing hands and wearing masks. A research letter published on The Journal of the American Medical Association website stated that after adjusting for age and sex, those incarcerated in the U.S. have five times the risk of testing positive for the coronavirus and three times the risk of dying from the virus, compared to the risks for the rest of the U.S. population.

A disjointed federal response to the pandemic left states to their own devices when it came to handling the community spread of COVID-19. A report by the ACLU and Prison Policy Initiative examined how each state acted to protect incarcerated people and facility staff from COVID-19 and assigned a letter grade to each. No state received a passing grade for their efforts. Washington state got an F+. While the report recognizes that Washington state took some positive steps, such as “authorizing the release of both medically vulnerable people and those nearing the end of their sentences,” and “suspending incarceration for technical violations of community supervision,” it indicates that there is ample room for improvement. The only states to have completed comprehensive COVID testing of incarcerated individuals in state prisons were Massachusetts, Michigan, Tennessee, West Virginia, and Vermont. New Mexico, West Virginia, and Massachusetts were the only ones to have tested all correctional staff. After incarcerated individuals sued for better protections from the virus, The Washington State Department of Corrections reported that “between April 17 and May 15, 2020, 422 individuals were released on emergency commutation, 528 transferred to RRE, and 66 were furloughed (1,016 in total).” Some of these individuals have since either returned to a DOC facility due to violations of release conditions, have a new active warrant, or are currently jailed with a new felony charge, indicating that it is not enough to release incarcerated people without the proper support. DOC recognizes that their proposals “are not sustainable and create community risk” without increased spending targeted at reducing recidivism.