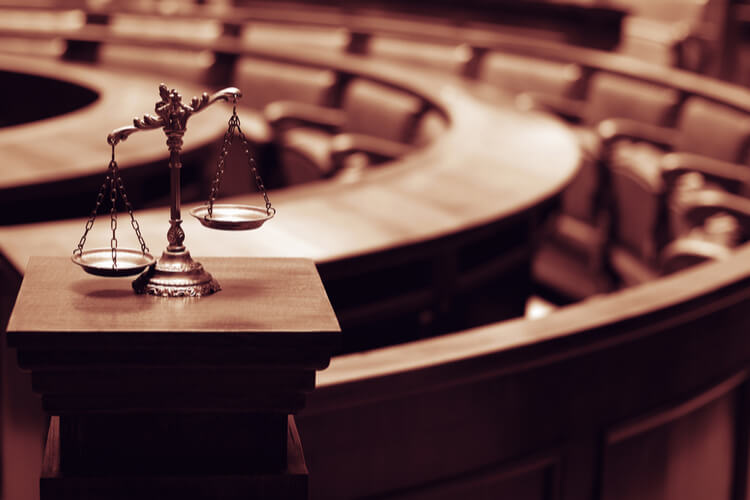 A new court rule that went into effect in February makes it easier for pretrial defendants to maintain work and childcare duties while their cases proceed through the court.

Northwest Community Bail Fund joined dozens of attorneys and community partners in supporting Court Rule 3.4, which allows defendants to waive their appearance at court hearings deemed non-essential to the case.

The Supreme Court, which adopts the state’s rules for court proceedings, signed the order establishing the reforms in November 2020.

The change in the rule, championed by ACLU-WA, is intended to limit the disruptions a defendant faces before a trial.

“When we can reduce the number of court hearings, then you’re reducing the number of times that a person is required to appear,” says Jaime Hawk, an attorney at ACLU-WA and a board member at NCBF. “We saw how much harm it was causing and how people were being prosecuted in court.”

Several defense attorneys and social justice organizations who wrote in support of the rule change pointed out that criminal defendants are typically indigent and that many have no access to childcare, transportation, or paid time off work.

And any failure to appear in court can result in the judge issuing a bench warrant and a felony bail charge being filed – which can also give prosecutors more leverage to bargain for a guilty plea, Hawk says.

“I cannot count how many court hearings I have attended, either as a participant or an observer, that last a minute or two, simply continuing the matter, with no real reason for the accused person to be present,” wrote Robert Boruschowitz, director of The Defender Initiative at Seattle University School of Law, in support of the reform. “Often, the trip to and from the courthouse has taken hours for the accused person who may have no convenient way to travel there. And the multiple appearances can result in the accused person losing a job, which leads to losing housing.”

Take, for example, Mr. R, a defendant used as an example in NCBF’s comment to the Supreme Court.

Mr. R, whose bail was paid by NCBF to relieve the pressure for him to plead guilty, appeared in court eight times for largely inconsequential hearings in the span of five months in 2019 before missing a single appearance. He spent two weeks in jail as a consequence before being released on new bail.

He attended seven more court hearings in the following six months, resulting in an Alford plea on one charge and his other charge dismissed.

“This case highlights just how burdensome and disruptive it can be to daily life to require the defendant’s attendance at each procedural hearing,” NCBF wrote.

And since the COVID-19 pandemic hit, courts were forced to find ways to reduce the number of necessary in-person hearings, which bolstered the argument for the court rule change, Hawk says.

The recent reforms are part of a larger strategy by ACLU to cut the jail population and support defendants during the pre-trial process, Hawk adds.

“The most common reason folks miss court is they just forget or they get the date wrong,” she says.